6 Outdoor Clubs Worth the Membership Fees

Whether you’re looking for deals on gear or an inside line on your dream trip, the perfect group is just a click away
In years past, cyclists, skiers, hikers, and runners joined actual clubs—groups that met weekly or monthly to go outside and do things together. Those still exist, but there are also new kinds of organizations for active pursuits today. These modern versions, many of which exist only online, require a membership fee to join, much like the clubs of yesteryear, but you don’t have to show up for 6 A.M. runs on a Saturday. Instead you get deals on trips and gear, along with access to guides, lodging, and other insider perks to chart your own adventure. And you can still go for that early-morning jog if you want. 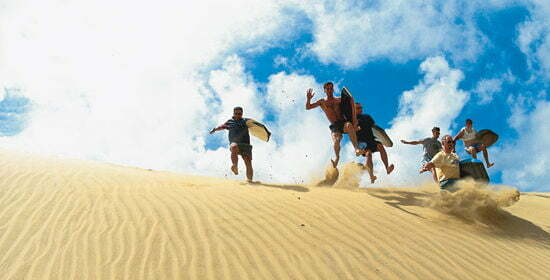 A couple of outdoor-industry veterans—including Mike Rogge, current editor of the Ski Journal—got together in 2018 to form the Delmont Club, a members-only online organization that grants you access to some of the best deals in nature. It costs $55 a year to join, and you’ll get 15 to 50 percent off select products from gear brands, including Catch Surf, Discrete Clothing, Forsake, Moment Skis, and Orage. You can also score discounts on Lake Tahoe sailing voyages and guided ski trips to Japan and South America.

ReddyYeti (no relation to the coolers) was founded back in 2010 by a couple of college friends who wanted to build their own boutique ski brand. Realizing that there were already a bunch of similar businesses out there that needed exposure, their focus eventually shifted to helping grow gear startups in the outdoor industry. By 2015, the founders had pivoted direction, becoming a club that offers its community of outdoor enthusiasts ways to support small manufacturers and gain exclusive deals. Sign up for the $38 annual membership, and you’ll get access to products that are up to 50 percent off from some of the world’s fastest-growing independent companies, like the Sego Ski Co., Yerka, and more than 150 others. ReddyYeti also has a podcast that gives insight into the stories behind those ventures.

The American Alpine Club is not a new, internet-driven group—it was formed in 1902 by climbers and conservationists who wanted to preserve public lands and the climbing way of life. The AAC is still doing that important work. But it also has perks for members that make the historic group more than worthy of being on this modern list. Pay your $80 annual-membership dues, and you’ll get discounts on gear from major climbing brands, special rates at climbing gyms all over the country, emergency-rescue and insurance benefits, deals on mountain guides, and access to the organization’s varied lodging portfolio, which includes reduced rates on European huts, a climber’s ranch in Wyoming’s Tetons, and a campground in New York’s Shawangunks.

Another legacy organization is the Colorado Mountain Club, founded in 1912 to promote responsible outdoor recreation within the state. Its guides lead thousands of trips each year, from climbing fourteeners to backcountry skiing. Through the club, you can sign up for courses on wilderness first aid, introductory fly-fishing, or high-altitude mountaineering. You can also stay in backcountry huts maintained by the CMC. Additionally, it offers member-only deals, such as up to 70 percent off select gear and climbing gyms, and adventure travel trips that extend way beyond Colorado—you can trek in Nepal, raft the Grand Canyon, or mountain-bike in Moab, Utah. Yearly membership costs $75 for an individual, $30 if you’re under the age of 30, or $115 for the whole family.

The Clymb
The Clymb got its start in 2009 in Portland, Oregon, primarily as a gear site. It’s free to join, and once you offer up your e-mail address, you’ll receive daily messages featuring enticing deals ranging from 50 to 75 percent off everything from skis, bikes, running shoes, and more. In 2013, the company partnered with Intrepid Travel to launch Clymb Adventures, which offers human-powered hiking, biking, and touring trips to places like Belize, Everest Base Camp, Iceland, and Utah, with respected outfitters and tour operators at slashed, members-only prices.

If you’re going to a major national park this summer, you’re most likely looking for some adventures to do while you’re there. You might as well get a deal while you’re at it. That’s the idea behind the Get Outside Pass, conceived in 2018 by an adventure-traveling couple from the Tetons. Passes for individual parks are $14 and work for up to five people. Each one offers discounts on horseback riding, rock climbing, whitewater rafting, and more in national parks including Yellowstone, Zion, Glacier, and Great Smoky Mountains. The best part? All the money from the pass goes toward programs aimed at getting kids into the outdoors.

What is Arizona Outback Adventure? And Why Should...

Get Your Jet Boating Information Now and Save!

Women In Travel: How Lauren Ziemski Turned Her...

What Ports are Visited During a Lake Michigan...

Planning an adventure trip? Why you should get...