When Court Whelan isn’t leading zero-waste adventures through Yellowstone, watching polar bears from a rover in the Canadian Arctic, or taking teachers and curious insect aficionados down to Mexico to watch the migration of some 400 million monarch butterflies, he spends his days counting carbon emissions by the pound.

As the director of sustainability and conservation travel for a world leader in sustainable travel, Natural Habitat Adventures, Whelan is constantly balancing tons of carbon emitted against tons of carbon sequestered.

“I do a lot of calculations for vehicle miles per gallon,” Whelan says. If a group is traveling by car, he’s keeping track of the distance traveled and gasoline burned. If they need a boat, he’ll talk with the captain or supply company to see how much diesel is burned per nautical mile. And, of course, he’s always thinking about air travel. “At the end of the day, the flights are the biggest factor,” he says.

According to Blue Sky Model, one single air mile produces about 53 pounds of carbon dioxide, an online open-source estimate of carbon dioxide emissions. It’s an ominous figure when you consider that more than 87,000 flights crisscross this country every day. According to carbonbrief.org, worldwide tourism accounts for 8 percent of global greenhouse gas emissions. 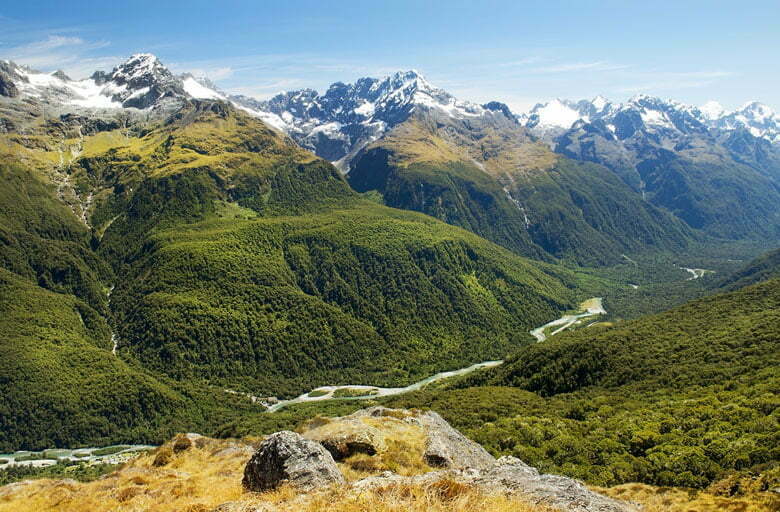 That’s why the Boulder-based Natural Habitat Adventures recently announced a promise to offset all carbon emissions produced by their clients’ air travels, saving approximately 450 million pounds of CO2 annually in the process. The company has been offering sustainable travel adventures since 1985. Still, now, if you travel with Natural Habitat Adventures to Africa, Asia, or even up into the Arctic, you can do so with a carbon-clean-conscience, knowing that your trip is net-zero from start to finish.

Article Summary show
“It’s not cheap, and it’s not easy, but it’s absolutely the right way to do it,” Whelan says.
“It’s taken a lot of connecting the dots to find the right projects,” Whelan says.

“It’s not cheap, and it’s not easy, but it’s absolutely the right way to do it,” Whelan says.

In 2007 Natural Habitat Adventures became the world’s first net-zero travel company, offsetting all of its emissions from both field and office operations. With this new announcement, Whelan says, the company hopes to inspire others in the travel industry to step up, too.

“What we’re really hoping to do is influence the influencers, spread information throughout the industry and raise the bar,” Whelan says. “If they want to be competitive in this marketplace, truly in a business sense, they’re going to have to do what we do, and that’s what we feel hot and fuzzy about.”

In India, it’s investing in the Mytrah Wind Power project, which will provide wind energy for three separate southern Indian states, create 150 jobs, bring clean water to 12,000 people via water plants, and is annually projected to reduce carbon emissions by 479,448 metric tons. In Zimbabwe, it’s investing in a project called Kariba REDD+ Forest Protection, which is working to prevent deforestation and land degradation, establishing numerous health clinics in the region and providing 60,250 people with clean drinking water. Then in Rwanda, Natural Habitat’s investment helps distribute 10,800 efficient cookstoves to communities throughout the region, weaning villagers off of charcoal and firewood cookstoves to improve air quality and prevent deforestation.

“It’s taken a lot of connecting the dots to find the right projects,” Whelan says.

Natural Habitat helps to install hydroponic gardens in the Arctic, so people have access to fresh greens in one of the most merciless environments on Earth. It’s sponsoring the re-introduction of jaguars and sun bears in Brazil and Borneo, respectively. And, this July, it’s offering the first-ever zero-waste adventure trip in Yellowstone.

“We’ll be recycling, reusing, reducing, composting, upcycling and terra-cycling everything,” says Whelan, who not only designed the trip but will also be the expedition leader.

With these and other initiatives, Natural Habitat is pushing environmental responsibility to a new level in the travel industry, challenging competitors, peers, and fellow tour agencies to up their game, acknowledging their role in climate change, and doing something to mitigate it.

“It’s not a wildly crazy cost to offset carbon emissions,” Whelan says. “Really, it’s just an investment in our world.”

OneSeed: Giving Back On Your Next Adventure

OneSeed: Giving Back On Your Next Adventure

Countries with the fewest tourists per head of...

Looking For The Best Travel Insurance For Hazardous...

Canadian Advisors Can Win Trip to Thailand with...