Women In Travel: How Lauren Ziemski Turned Her Passion For Adventure & Food Into Her Job

When you meet Lauren Ziemski, you go from strangers to best friends in about two seconds flat. It’s no wonder this woman is the Co-Owner and Operator of bed and breakfast, The Firefly Bocas Del Toro—she has a knack for making people feel like they’re home, wherever they are.

Running a B&B in Panama, working as a private chef, leading fitness classes, hosting retreats, and traveling the world wasn’t exactly her initial plan. In 2007, after an accident no longer allowed her to work as a professional dancer, she changed paths. “I’ve always loved food and enjoyed cooking, but I didn’t think it would be something that I would do professionally,” she said. “I fell into it, and it has led me on this crazy journey to opening up my own hotel and restaurant.

We spoke with Lauren about the unique island where she established The Firefly, the challenges that come with island life, and what sorts of culinary experiences she seeks out when she travels. 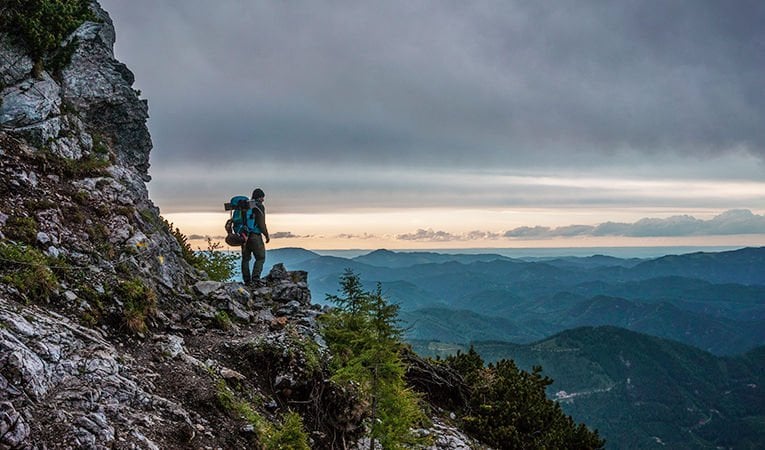 So first of all, after working as a chef, why did you decide to open a B&B and why in Panama?

Lauren Ziemski: Well, the initial plan wasn’t really a hotel. The initial plan was with my boyfriend, who is still my best friend, and we have such a great working relationship. We realized we both really liked to travel, and we thought it would be cool to own property somewhere. I’m a chef, and he’s a surfer, so we wanted to find a place we could rent out a room or two, and I could cook a little bit of food, and he could surf. It was such a casual thing, like, “Oh, we’ll just do this little thing.”

We had heard about Bocas Del Toro from his best friend, who, at the time, was the editor of Surfing Magazine. We had a trip to Costa Rica planned, and it’s just two hours south by land, so it was super quick, and we figured we’d check it out. We knew wherever there’s surf; there will always be people. Surf brings a crowd, and usually, surfers are a pretty cool, laid-back group of people. They’re adventurous, they’re chill, and we knew those were the kinds of people we wanted to cater to. People like ourselves.

We ended up in Bocas, and from day one, we knew that was it. We loved it.

LZ: Bocas Del Toro is a group of islands where you get around by water taxi, and the main island is Isla Colón, but they call it Bocas Town or Bocas. That’s where the airport is, that’s where most of the bars and restaurants are, there are grocery stores everywhere. But eight minutes by boat is Bastimentos where we ended up, and we are fortunate to be in this little Caribbean village.

In the late 1800s and early 1900s, black people were brought here from Jamaica and other West Indies islands to work on banana plantations as slaves. They were sequestered to Bastimentos, so there’s been a racial divide between Panamanians and them because they’re black, but they’re still Panamanian. They’ve been there for over 100 years. And the cool thing though, is they’ve kept their Patois, so they speak this type of Creole called “guard-guard.” Throughout all of this time, they’ve kept that island culture about them, and it’s a specific place in Bocas, the only place you can find this. It really is a special vibe there.

Since the B&B is only accessible by boat, that must pose some challenges.

LZ: Definitely. As Americans, we’re so used to convenience and getting whatever we want, whenever we want it. You need toilet paper; you get it on Amazon and have it the next day. You walk into a grocery store, and there are eight different types of potatoes.

In Panama, where I live, there are no grocery stores or hardware stores. Everything we built had to be boated in—supplies, concrete, wood—and we can never go to the store and get something. I really have to plan.

When we do our grocery shopping, we have to go to the mainland by boat. Then we put it in a wheelbarrow, and we wheelbarrow five loads over. It’s hard. And sometimes it’s pouring rain, and you’re in a boat and your groceries or getting wet. It can be hell.

What about island life in general—how does that affect how you run things at The Firefly?

LZ: Well, everything breaks there because of the salt air, so we’ve gone through more refrigerators, blenders, computers, washing machines, everything—that salt air corrodes it all. I’m running a hotel, and I need those things, so I’m ordering the same part repeatedly, and then I have to find someone who knows how to install it. Everything is a process there, and everyone’s on island time. It’s just a completely different way of life.

And that’s another challenge entirely. Our staff is all Panamanian, and we have to teach them what first-world services and expectations are. Things like greeting someone within three minutes of them sitting down, or when they walk in, you should say hello and get their drinks done within a certain amount of time. It’s just not what they’re used to because we’re just always on the go in this country, and they’re way more chill.

Tips to Avail Home Loan For Purchasing a Residential Plot

What Ports are Visited During a Lake Michigan...

Planning an adventure trip? Why you should get...

Record 85% of Travelers Opt for Personalization at...

Record 85% of travelers opt for personalization at...

6 Outdoor Clubs Worth the Membership Fees

Expand your horizons with tailor-made adventures